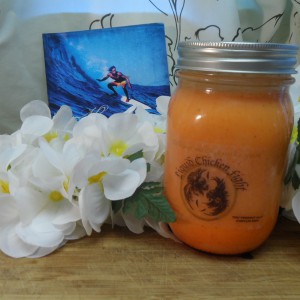 Not only for our local bradda’s!

Li hing(redpowder) was found in Hawaii. The red powder called li hing powder consists of ground up-plum skin that has previously been pickled in a combination of licorice, sometimes, but not always aspartame, food coloring, salt, and sugar. Li hing powder can be used as a flavoring usually sprinkled on candy and other fruits notably pineapples and apples.

Grown ups put it into Liquid Chicken Fight and eat it with Pancakes, cakes or just by the spoon.

There are no reviews yet.